The Story of Us: Prologue

Alex & I love how God wrote our love story. We’ve shared that story to many, and have been asked to share our wedding vows to youths learning about God-centered relationships. But I’ve struggled with writing about it because it is so very personal + sacred to me. Also, every time I’ve sat down to write this story, our marriage has come under attack and I’ve given up. It’s been almost a year since Alex and I got married, and God is challenging me to do it this year – let His work in our lives be a light to others. Because it’s not just about how God wrote our love story; it’s about how God came into the lives of two broken people and wrote something beautiful out of that mess… and how we get to live the story He’s still writing. So this is our story, the story of us.

(Note: Today’s story, in particular, is shared with the consent & support of Alex. We want to be as honest as we possibly can so that His strength can be seen in our weakness, whilst covering each other with lots of grace. Everything shared here is done from love, in honor, and with all the respect that we have for each other.)

Before I tell the story of how God brought us together, I want to start with a different story. One that is darker and a little sad, but more beautiful. A slightly less magical story but filled nonetheless with the rays of His glory. Without this story, telling of how God wrote our love story is just an empty promise of fluffy fairytale spirituality.

Because real love stories don’t end on the wedding day. We don’t belong to such short-lived tales that end with vague hazy promises of happily ever after. We belong in the halls of great men & women who found something worth fighting for and gave their lives for it. Stories filled with a little less fairy dust and a little more blood and tears. Stories that echo through the ages. Because God doesn’t just write great falling-in-love stories; He writes kick-ass, staying-in-love, submission-with-an-attitude, powerhouse-marriage stories too.

I want to tell you the story of what happened after we said “I do.”

It broke my heart. Marriage broke me into so many pieces there was no way I could be put together again.

I can only remember one promise that I’ve held onto growing up – one day, I’d meet a man who would see me for who I was and love me wholeheartedly for it.

I hid that promise in my heart for years, waiting and saving myself for that one man who’d see and cherish who I was – spirit, soul, and body. I resolved to give my heart & deepest parts of my soul only to this man, if he be found, or none at all.

I cherished this promise in my heart as the single most priceless treasure.

When God brought Alex & I together, it involved so much of the divine – dreams, visions, prophecies, that led us to each other – that I knew without a doubt this was the man I’d been waiting for all my life.

I also believed that he was God’s fulfillment of the promise I’d held onto for so long. 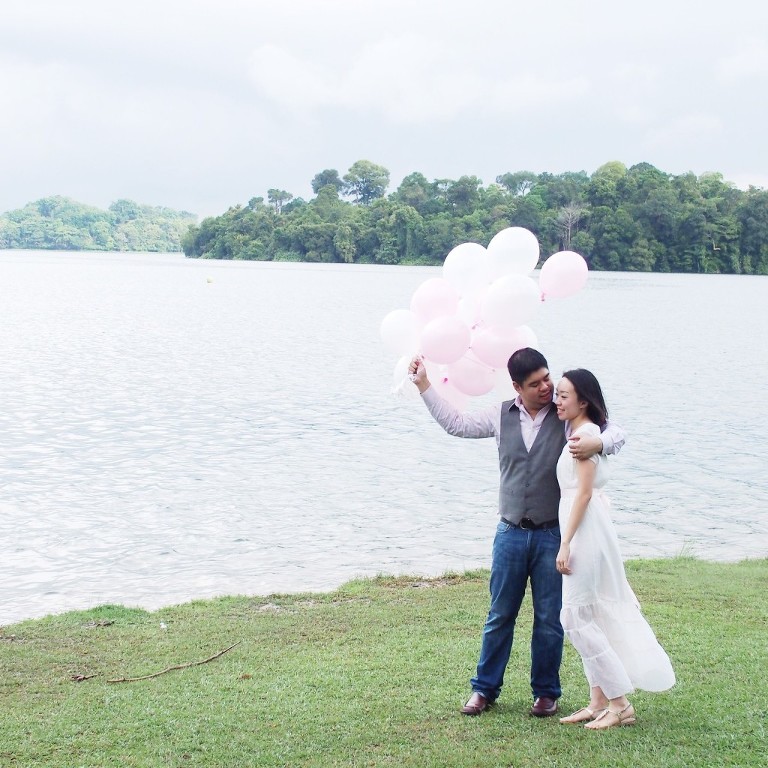 Then he began breaking my heart… and wouldn’t stop. Each wound tore a little deeper into that precious promise I’d kept wrapped so carefully in the innermost chambers of my heart.

He’d flirt with other women, sometimes while I was right beside him. He yelled at me for being hurt by it. He watched pornography with the intention to hurt & punish me.

Each time left my self-esteem and dignity in pieces. I lived in the wreckage, unable to come to terms with the fact that “the one” promised by God was also the one tearing that long-cherished promise to shreds.

This man had been given access to parts of my soul that no one else knew, and with every betrayal he told me that who I was was simply not good enough.

And I turned on him with a vengeance.

I threw things (like his laptop. right out the window). I punched him, (everywhere I could except his face. because, ouch). We threw hurtful words intended to devastate the other.

And I allowed bitterness to harden my heart, turning me into someone (cruel, violent) I could no longer recognize. I relished the darkness and the pain, perversely believing that it was what I deserved.

We lived apart for awhile, and then we lived for months like strangers sharing a bed. I cried myself to sleep night after night, the coldness & distance between us made even more unbearable within the confines of the bedroom.

But he wouldn’t, couldn’t. He was as hurt, scared, and helpless as I was. He wasn’t trying to hurt me. Most times he was sweet, tender, loving. He loved me and he loved God. It distressed him to see me so broken by his actions. But he couldn’t help it, and the way I behaved in return only made matters worse. You see, we bring the baggage of our family heritage into our marriages – addictions, patterns of communication, models of the marriage covenant, and plenty of childhood issues. And unless we intentionally decide to cultivate a new heritage in Christ, we’re just repeating the harmful patterns we’ve grown up with.

We were both drowning, clawing at each other in a desperate attempt to stay afloat, not realizing that we were only pulling each other further down into the cold darkness.

But paradoxically, it was when we reached the end of our rope that we found salvation. 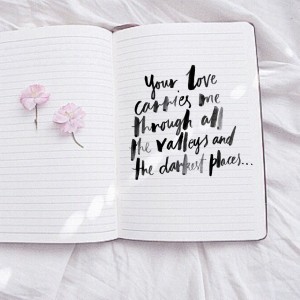 I hit that lowest point when I realized that Alex might never change. He might keep doing things to hurt me and not care. He might never respond in the way I wanted him to, comforting me and taking responsibility for this actions.

All those things might never change, but what could change was me. I didn’t have to keep living in darkness and pain.

The Lord began to speak to me a message of deep comfort that began to heal my heart. He showed me that I didn’t have to wait for Alex to comfort me for the hurt he’d caused, or even to acknowledge the things he’d done.

Because ever since Eve, every woman longs for her husband to rise up. To fight – for her, their marriage, and most of all, her heart.

And unless we run to God every single day with our vulnerable hearts, we end up taking matters into our own hands. Just like Eve did.

We need to come every day to our Father’s throne. Fall down at His feet, throwing down every pain and shattered dream. There, healing waters flow to cleanse & heal our hearts. There, we feel His love wrap around the places in our souls that have gone without love for so long.

Because this is the truth that set me free: We can count all our grievances, name them one by one. And chances are, every single one of them are valid. But there is no freedom there. We will go round in circles, waiting for him to make amends. Or we can be free right here and now, regardless of where he is or what he does.

Not that we don’t try to make things right. We do what we need to (keeping our hearts pure, responding in a godly manner to our husbands) and then we need to let God be God, and let the man be the man. The man must have space to rise up, and for God to work with him, without the woman rushing in to do everything for him (we’re not doing him any favors when we do).

While the Lord was restoring me, He was doing the same with Alex. We stopped trying to get the other to fill the empty places in our hearts and found that it was God, not man, that completes us. And in doing so, we began to find all the things we’d thought would be lost to us forever – love, laughter, and a tenderness between two comrades who’ve witnessed the horrors of war together and survived.

Through the period of healing & strengthening, the Lord began to speak to me about promises. 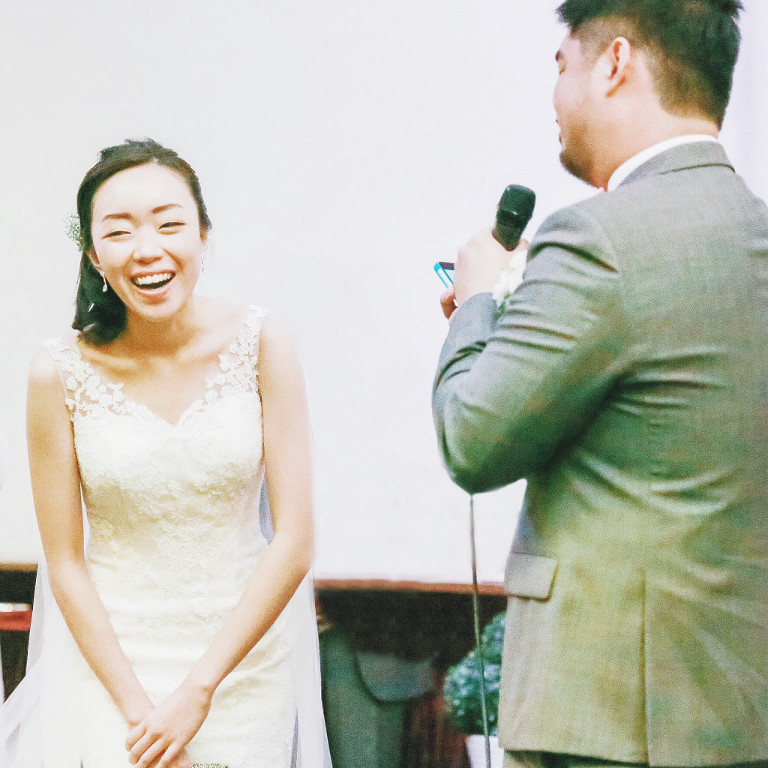 He opened His Word to me in a new way and asked me this: Was I willing to let God’s promise in my life die?

That precious, precious promise I’d been holding onto since I was a little girl – would I let it fall to the ground and die? Because fruit only comes when a grain of wheat falls to the ground and dies (John 12:24), and out of it will grow much fruit that will bless others.

Through the story of Abraham’s testing (Genesis 22), the Lord showed me this: When the promise that I’ve held on to for so long has to be sacrificed is when it is revealed that the greatest reward is the Lord.

The day I said “Yes” to Him and let that promise go is the day my heart was set free. A gust of fresh air blew into my soul and all the pain and darkness began to be washed away.

I found so much freedom in saying, “Yes Lord, I give up my right for a man who loves me perfectly. I lay it as a sacrifice, and I trust that you will provide.”

I didn’t realize till then how tiring it had been to hold on so tightly to that promise, always afraid that it might get lost or broken. And in leaving it all behind, I found incredible freedom that I could abandon my interests because someone else was looking after me.

And what of our marriage? Well, I am happy to say that all the smashing of computers (me), punching (me), and screaming (me again) has stopped…. as has the flirting and pornography.

He has turned our mourning to dancing, our sorrow into joy, our despair to hope. He took zealous idealism and tested it in the fire so that conviction-filled reality emerged that was worth much more than gold.

Are we still on the road to recovery? Oh yes, definitely. I think we’ll be on that journey for the rest of our lives.

But do we find joy in the journey? You bet. God doesn’t stop writing our love stories after we say “I do” – in fact He’s only just getting started.

Because a God-written love story is not all perfect fluff and fairy dust. It looks more like the cross – messy, painful, blood everywhere. But God covers it. And we slowly work our way back to the perfect harmony of Eden, just as God intended marriage to be. 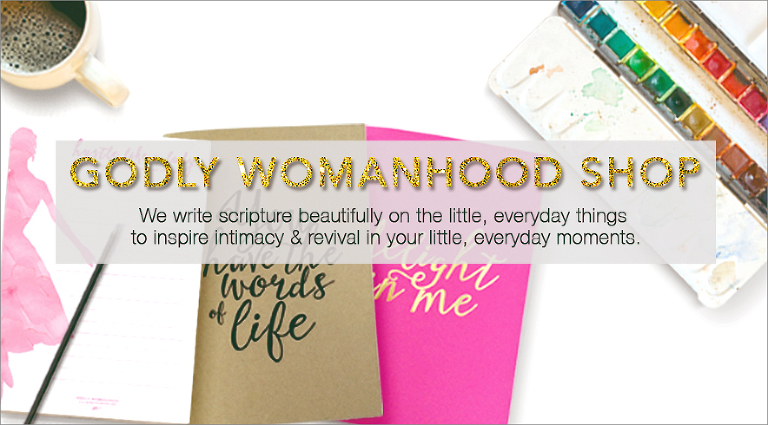