See Past Your Giants Into Your Promised Land

As we stepped into 2018, I kept hearing these words, “Overcoming the giants”.

The Lord began to show me that for many of His people, as you stepped into 2018, it’s like the floodgates have been unleashed and you’re facing one challenge and discouraging setback after another. This has seemed to be in direct contradiction to the hope & great promises you expected for 2018, and these giants have caused many to wonder, “What on earth is going on?”

I sensed the Lord say, “My people need to look past their giants and see the Promised Land is just beyond. They need to have their eyes opened to see that the commander of the hosts of angels is with them, and they are surrounded by angel armies.”

“See, I am sending an angel ahead of you to guard you along the way and to bring you to the place I have prepared... I will send the hornet ahead of you to drive the Hivites, Canaanites and Hittites out of your way. But I will not drive them out in a single year, because the land would become desolate and the wild animals too numerous for you. Little by little I will drive them out before you, until you have increased enough to take possession of the land.“ Exodus 23: 20 – 30

The giants you’ve been facing have been allowed there by God because His plan is to USE THEM to PREPARE YOU to take your promised land. He is enlarging you till you have increased enough to take authority over your promised land. When God blesses, He adds no sorrow to it – the Good Father is making sure that you are able to handle the magnitude of your blessing when it comes!

In these times, I see 3 different camps of people responding to their giants.

You have felt so overwhelmed and beaten down by fear, discouragement, failure, seeming fruitlessness. The Lord is calling for you to turn back! Pick up your sword and fight again.

Don’t give in to fear, God is with you, God is for you. He will never put you against anything you cannot defeat. You are more than a conqueror, so rise up! Rise up in the strength, boldness, and victorious spirit of God.

Don’t be distracted by the giants that you see. These giants are mere mirages which have no substance, they cannot really hurt you… unless you lend your faith to them, for faith is the substance of things not seen. Do not place your faith in fear of the giants for what you believe is what you will experience. Turn your eyes upward instead, see the hosts of angel armies that surround you!

The commander of hosts of angels is with you. He is fighting for you. Rise up in your spirit. Take charge of your life. Like King David, encourage yourself and let His boldness arise within you.

In the name of Jesus, I pray that your eyes would be open to see the God of angel armies is with you, He is for you, He commands the hosts of angels and they are surrounding you. These giants don’t stand a chance.

I see the second group of people who do not retreat, but neither do you advance. You have been feeling intimidated by these giants and have been thinking, “this is too much for me” which has led you to become paralyzed. The fear of making the wrong move & the fear of failure has caused you to remain where you are.

In the name of Jesus I declare: Enlargement. Rise up and move on!

I see the camp of Israel in the desert and I hear God say, “Pack up! Pack up your tents, your families, your possessions, and move on! Break camp and move on, because whichever land you set foot on God will give to you.”

So I break all paralysis off of you in Jesus’ name. I break off lethargy, fear, and anxiety that causes you to remain stagnant.

I speak life and the fire of God that will motivate and embolden you to move forward.

I declare that the roar of the Lion of Judah is just going to burst from you, go forth and consume the enemy in Jesus’ name.

No matter what giants have come against you, you have discerned the lies of the enemy and have held on to the truth that only the Almighty God overshadows you. Under the Spirit of the sovereign Lord, you have continued to move forward.

I sense the Lord saying to you, “Well done, My good and faithful servants. You have been faithful with everything I’ve entrusted you with.”

I see that you have kept on fighting. I see your battle scars. I see that you are weary sometimes but you keep putting one foot in front of the other, and the Lord is so pleased with you. Keep going, keep up the good work.

In the name of Jesus I release to this group the supernatural spirit of God – the seven-fold spirit of God – to encourage, empower, and energize you and to fill you afresh so you can keep running after Him. 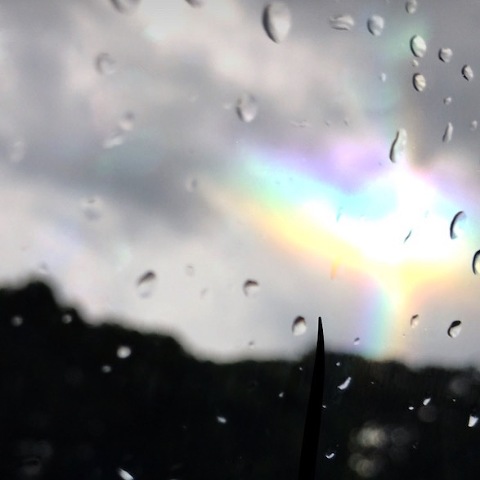 We are in a time and season where God has called His children to OVERCOME their giants and take their Promised Land. 2018 will be the year that you see your Promised Land, but it comes with a condition: Will you choose to overcome the giants that have been set in your path? Will you overcome and enter your promised land?

This is a promise that is available to every single child of God if we would overcome.

So I pray for all of us right now in the name of Jesus, “Lord, you would open our eyes to see and our ears to hear that You are the God victorious. You are sovereign Lord over all the earth and You command hosts of angel armies. You are for us and You are not against us. You will command Your angels concerning us to guard us in all our ways. Teach us Lord to partner with You. Teach us to partner with Your angels. Teach us to overcome, give us the overcomers spirit. Give us eyes to see, ears to hear, hearts to understand what You are doing so that we will respond in due time in season and RISE UP. In Jesus’ name, amen.”

(original prophetic word delivered in this video. prophecy begins at 02:23)